If you have large animals such as horses, cattle, sheep, goats or pigs on your property, be sure to prepare before a disaster.

Take extra time to observe livestock, looking for early signs of disease and injury. Severe cold-weather injuries or death primarily occur in the very young or in animals that are already debilitated.

Animals suffering from frostbite don’t exhibit pain. It may be up to two weeks before the injury becomes evident as the damaged tissue starts to slough away. At that point, the injury should be treated as an open wound and a veterinarian should be consulted.

Make sure your livestock has the following to help prevent cold-weather problems: 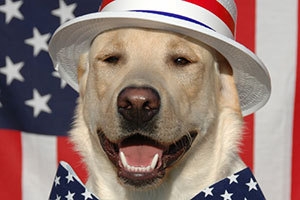 For many people, nothing beats lounging in the backyard on the Fourth of July with good friends and family—including the four-legged members of the household. While it may seem like a great idea to reward Rover with scraps from the grill and bring him along to watch fireworks, in reality some festive foods and products can be potentially hazardous to your pets. The ASPCA Animal Poison Control Center offers the following tips:

Information source is the ASPCA

Heat Precautions for Your Pet

What you Need to Know

It is important to know what precautions to take with your pet during hot summer months. 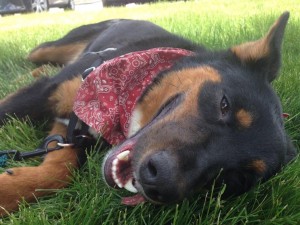 Keep these tips in mind and remember to look for signs that your dog or cat has had enough sun for the day. Also, get to know your breed. Certain dogs/cats cannot be in the heat for any period of time.

It is best to keep your pets inside on summer days, or at the very least during the hottest parts of the day.

If your pet is outside during the day: Provide protection from the sun and plenty of fresh water. Older, short muzzle and overweight dogs are more likely to overheat during hot weather. You can provide a wading pool to aid in cooling.

Leaving your pet in a parked car can be a deadly mistake. The temperature inside a car can reach 120 degrees in a few minutes. Even partially opened windows will not protect your pet from heatstroke.

Exercise your dog in the morning or evening when temperatures and pavement are cool. Paw pads can get injured from the hot pavement and melted tar can get stuck to the pad and hairs. Pets need exercise but do it in the cooler hours of the day.

Dogs in truck beds can suffer injury or heat stroke. If you cannot touch the hot truck bed with your bare hand, your dog should not be on the hot metal.

Animals with flat faces, like Pugs and Persian cats, are more susceptible to heat stroke since they cannot pant as effectively. These pets, along with those that are elderly, overweight, or have heart or lung diseases, should be kept cool in air-conditioned rooms as much as possible.

Know the warning signs of overheating in pets. Symptoms include:

Heat Stroke: If your pet is suffering from any of the above symptoms transport him/her to your vet or emergency clinic immediately. Effects from heat stroke can be long lasting and deadly.

Information brought to you by the Pennsylvania State Animal Response Team 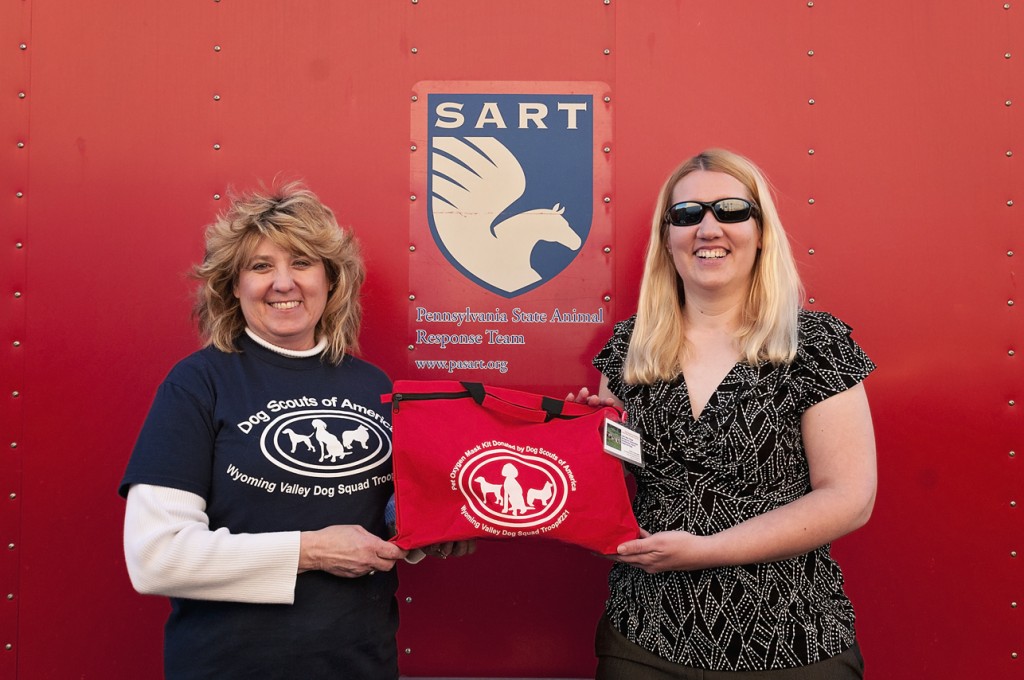 A big thank you to our friends from Wyoming Valley Dog Squad, Dog Scouts of America Troop #221 for donating a set of pet oxygen masks to our Luzerne County Animal Response Team!!!! Thank you for your very kind donation, we really appreciate it.

The Luzerne County Animal Response Team provides emergency shelter and rescue to animals in times of disaster, both natural and man-made. Luzerne CART is extension of the Pennsylvania State Animal Response Team and is tasked with responding to animals in emergencies like car accidents, house fires and floods. Our team sets up animal shelters, if an evacuation occurred for a disaster like a flood. We also do technical rescue for both small and large animals. We are an all volunteer group that is dispatched through the 911 call center. Over 63% of households across the US have at least one pet. When a Disaster Strikes Who Will Protect and Care for Them In today’s world, we all worry about the threat of a natural … END_OF_DOCUMENT_TOKEN_TO_BE_REPLACED 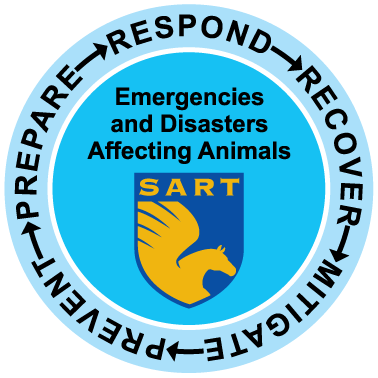